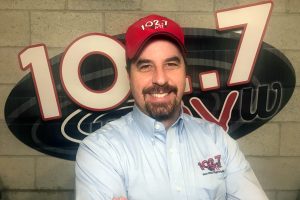 Over the years, Joe has been involved with many different local organizations that sometimes struggled to find affordable ways to promote themselves and upcoming events. With this in mind, Joe applied to the FCC for a license to start MY102.7 and create a local media source to promote Paulding County’s organizations, churches and charities. Joe manages the daily operations, promotions and organizes the public service announcements for which MY102.7 was created. As a fifth-generation farmer in Paulding County, Joe feels a responsibility to be a good steward of the land, as well as an active member in the community. Along with his wife Jodi, Joe looks forward to giving his children and now grandchildren an opportunity to earn a living on the family farm established in 1854.

Joe can be reached at joe-barker@my1027.org. 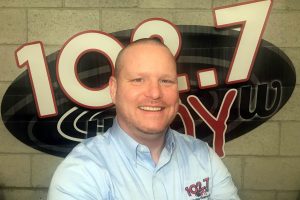 Terry manages the technical aspects of the station and keeps the programming in check. You’ll also hear Terry on the air promoting our sponsors and events in Paulding County. When he isn’t working at the station, Terry works fulltime as an industrial electrician. Terry grew up in Hicksville, Ohio, and graduated from Hicksville High School. He also attended Four County Vocational School and Northwest State Community College. Terry now resides in Paulding with his wife and their four children. Terry has always enjoyed the benefits of living in a small community and is proud to be a part of a project that promotes “keeping it local.” 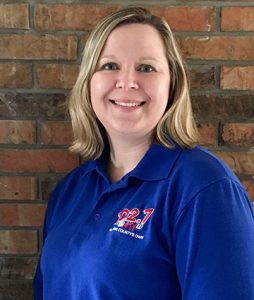 Michelle’s services come to the station from Natural Design and Graphics, located in Paulding, Ohio. NDG is a graphic design and marketing firm that helps clients in northwest Ohio and beyond with everything from logo designs to website projects. Michelle’s primary role with the station is keeping listeners updated and informed through the My 102.7 Facebook page. She is passionate about sharing the wonderful things our local communities have to offer. Michelle is also a huge music fan, enjoying artists from numerous decades and genres. 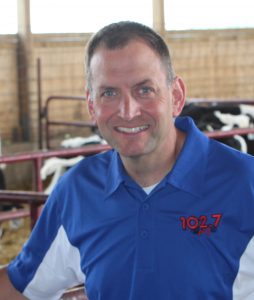 Dusty Sonnenberg has over 20 years of diverse agricultural experiences. Dusty is the owner/manager of a cash grain farm and has a replacement heifer facility. He is the operating manager of the Tri-State RTK Network, a regional company that provides auto steer technology to area farmers.  Dusty has 20 years experience in radio and has been the host of The Maumee Valley Ag Report for 15 years. Dusty is an OSU & Defiance Collage grad who taught Ag on the high school level for nine years. You can contact Dusty about the MyFarm Program by emailing him at dusty@my1027.org.

Dean Jackson joins My 102.7 as Sports Director. He hosts MySports and provides other sports coverage. His roots are in deep in Paulding County. His grandparents owned the Lone Tower in Cecil and his mother graduated from Paulding High School. Many of his relatives still reside locally. More than a few went to Wayne Trace and Antwerp. He grew up on the family farm in Indiana near Hicksville. Dean has covered assignments in more than 30 states and three counties. His work has appeared in The USA Today, The Associated Press, The Houston Chronicle, Network Indiana, ESPN Radio,The BBC, National Public Radio and he was a farm reporter, anchor  and street reporter for WOWO Radio in Fort Wayne. Individually he has earned several awards from The Indiana Broadcasters Association and The Associated Press, including Indiana’s Best Radio Newscast in 2014. He was the play-by-play voice of the Fort Wayne Freedom indoor football team and IPFW men’s and women’s basketball.

He currently is a sportscaster and writer for Cincinnati Christian University, West Ohio Sports Network, NKTelco and Spectrum News 1. He is passionate about history, relationships, new adventures and telling untold stories highlighting unsung heroes that are everywhere -if we look hard enough.

With Mysports, we take a look at sports Paulding County style. Of course we will tackle the teams at Antwerp, Paulding and Wayne Trace. We will look at youth sports, as well as, college and professional teams from around the area, and profile the legends who captured our attention.

If you have a comment  or suggestion feel free to e-mail:  dean-jackson@my1027.org